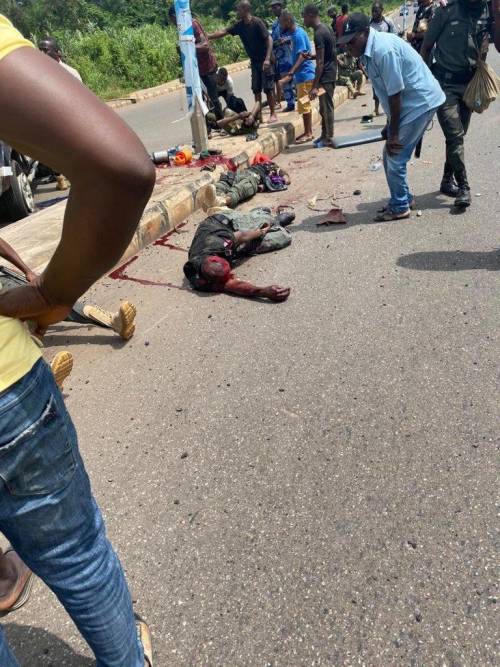 sahara reporters gathered that the accident occurred at about 11:00am on Tuesday around Airport Road, Oba-Ile area of the state capital.

According to eyewitnesses, the crash was caused by speeding and recklessness by the van’s driver.

The casualty figure was still sketchy as of the time of this report.

“Yes, there was an accident but I don’t have much details now. We just sent people to the scene,” he told SaharaReporters.

Continue Reading
You may also like...
Related Topics:Accident, Police