Dubai Police Moves Hushpuppi To US 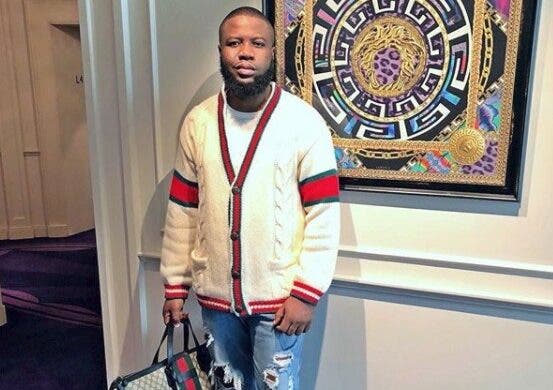 Latest news as Dubai Police moves Hushpuppi to US for more investigation by FBI. They hand over a suspected internet scamster and an Instagram influencer, Raymond Abbas, aka Hushpuppi, to the Federal Bureau of Investigation, FBI, in the US.

Hushpuppi who has been accused of scamming people via the internet was arrested 10th of June in Dubai.

Appreciating Dubai police for the role it played in ensuring the arrest of Hushpuppi and his gang, Christopher Wray, FBI Director, said: “I thank the exceptional efforts (of Dubai Police) in fighting organised cyber crimes and arresting Hushpuppi and Woodbery,”.

You would recall that in June, it was reported that the Dubai Interpol and the FBI apprehended the Big Boy in his residence in the United Arab Emirates country.

A Trending Video Online couple of days ago first confirmed the arrest of the high-spending Gucci fanatic following an extensive operation named “Fox Hunt 2”, which revealed a hidden online fraud network that was committing crimes outside the UAE, including money-laundering, cyber fraud, hacking, criminal impersonation, banking fraud and identity theft.

About 1.6bn Dhirams stolen was stolen by them, they had over 1.9m victims, over 25m Dhirams in cars, 150m worth in items. The successful raid resulted in the confiscation of incriminating documents pertaining to a well-planned international fraud, worth Dh1.6 billion(N168 billion).

The video instigates the Dubai Police’s commitment to fighting crime and corruption in the country.
The video has since gone viral on the internet with Nigerians having a lot to say about the situation.