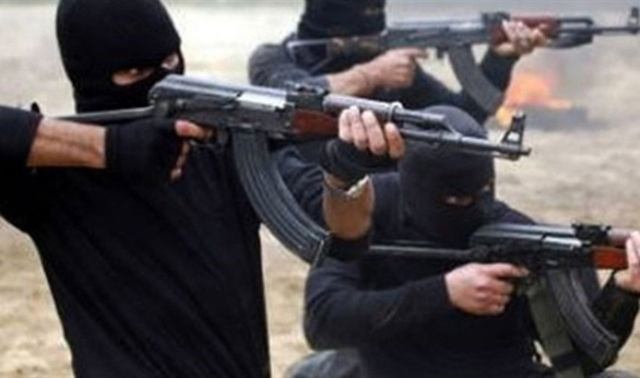 Some unknown gunmen Kill five in plateau community on Thursday night shot and killed five people in a shop at Nzharuvo, Miango community of Bassa local government area of Plateau State.
Miango villages in the Irigwe Chiefdom have suffered series of attacks since January and not less than 50 people have been killed and many others injured during the incidents.

The latest victims included the shop owner said to a retired secondary school teacher and a native of the area who identified himself as Auta said the incident happened at about 9.50pm and gave the names of the victims as Asabe Samuel, Gideon Tunku, Bala Adi Joro, Audu Amadu Mi, and Shedrack Joshua,
The State Police Command had no comment at the time of this report as the Police Public Relations Officer, ASP Gabriel Ubah when contacted told Saturday Vanguard, “You will be updated in due course Pls. Thanks. Stay blessed and stay safe.”

The Senator in a statement by his Special Assistant, Media and Protocol, Musa Ashoms, “Plateau North again woke up the morning of Friday 29/05/2020 with yet another gory report of a night attack at a Noodles Eatery next to Kent Academy, Miango in Bassa local government leaving.

“Senator Gyang is worried that communities of Irigwe Chiefdom have been the target of repeated attacks for many years resulting in monumental loss of lives and property with several villages reduced to rubble.

“Given the incessant attacks, the area ought to have been designated a Security Flash Point deserving and attracting extra security presence and surveillance, so as to deter and prevent the attacks.
“It is disturbing that the killer herdsmen and bandits (in direct contrast to other peace loving herdsmen of Plateau North), ravaging community after community in Plateau North are known to the Security agencies and intelligence preceding most of the attacks are often availed yet, the needed action and timely intervention is lacking.

“It follows that inability to enforce law and order emboldens criminals and incentivizes impunity as has been the case with the killings in Irigwe land. Senator Gyang is, therefore, crying out that the lives of his people is at risk as communities are left at the mercy of killer herdsmen and bandits.

“Consequently, Senator Gyang is calling on the President, Federal Republic of Nigeria, Plateau State Governor, Commander Operation Safe Haven and the Commissioner of Police who have the constitutional responsibility of safeguarding the lives and property of citizens to take decisive steps to enforce law and order and end the killings in Irigwe Chiefdom in particular and Plateau North at large.

“Government must not allow merchants of unrest and bloodshed to continue disrupting the peace which the people of Plateau North have resolved to build and consolidate.