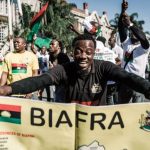 Following the threat by Mr Ene Okon, Abia State Commissioner of Police, that the proscribed Indigenous People of Biafra, IPOB, should steer clear from the burial of Nnamdi Kanu’s parents, Ohanaeze Ndigbo Youth Council Worldwide, Tuesday warned Nigerian Police not to taste the wrath of the group.
Disclosing this in a statement jointly signed by Mazi Okechukwu Isiguzoro, President General and Mazi Okwu Nnabuike, Secretary-General, the group advised security agencies to stay at least 1km away from the vicinity of Afaraukwu Community.

Ipob warns Nigeria police Again, It said that it would not tolerate any form of intimidation, harassment, a show of force, arrest and Killing of any Igbo man, under the guise of maintaining peace where there’s no crisis.
Read the statement in full:
“We wish to remind security agents that Igbo customs and traditions demand that certain positive rituals are carried out especially during burial rites of any Igbo paramount ruler, which does not require the presence of strangers and non-Igbo.
“At Such Police, Army and other Paramilitary forces should vacate Umuahia metropolis and be at the rear, to avert an avoidable clash with the youths doing Traditional rituals and ceremonies in honour of the late King, whose Kingdom is part of the Ancient Kingdom of Ibeku Egwu Assa, that covers the heart of Umuahia Metropolis.
“OYC reminds Police, on the need to stop further use of provocative and inciting media releases and interviews to incur the wrath of the people during the burial rites of the paramount ruler of Afaraukwu Community HRM Eze Isaac Kanu and His Wife, as there will be an influx of foreign dignitaries from all over the World.
“They are going to use the opportunity to assess if the allegations against the Nigerian Police, Army of are true. We urge CP Okon Abia State Police to withdraw his threat of unleashing mayhem against Nigerian citizens, and tactically tender unreserved apology to IPOB, as it’s unprofessional and against the ethics of the profession.
“Biafra agitators are not violent in nature. We urge CP Okon not to create an opportunity to make a peaceful state of Abia be on flames, as OYC will engage with all stakeholders to avert avoidable arrest or killing of any Igbo Youth during the burial.
“Finally, OYC urge Biafra agitators especially IPOB members to join other sympathizers of the late Family of the paramount ruler of Afaraukwu community late HRM Eze Isaac Kanu, to be of good conduct and avoid using anything that would jeopardize the process of according the king and queen the befitting burial rites.
“We should not allow the repeat of “Oraifite” sad episode and they should not engage security agents in any way. We will ensure that we avert avoidable bloodshed during the burial.
“OYC Plead with IPOB members not to display any Biafra flags or uniforms, as there’s no reason to lose any Life while trying to bury the King and queen of Afaraukwu community.
“Abia is safe and secure there shouldn’t be any bloodshed or massacre.”
Recall that the Abia police command had warned IPOB to steer clear from the burial of Eze Israel Kanu and his wife, Sally.
The Commissioner of Police in the state, Mr Ene Okon, who gave the warning in an interview with NAN in Umuahia, said that the command would disrupt the funeral should IPOB attend the ceremony.
Federal Government in September 2017 proscribed IPOB, following an order of a Federal High Court, Abuja, declaring the group as a terrorist organisation.
He said that the command had made its position clear to the Traditional Prime Minister of Afara-Ukwu Ancient Kingdom, the community of the deceased.
He said that he would not fold his hands and watch a proscribed group operate in the state.
“If they fail to adhere to what we have told them, it means they do not want the burial to go on smoothly because we are going to scatter the place.
“IPOB is proscribed by the federal government and I, as the commissioner of police in Abia, cannot sit here and allow any proscribed group to operate anywhere in this state.
“I am saying this again for emphasis that there is no way police will allow a proscribed group to participate in the burial,” Okon said.
According to him, the command will not take anything for granted, considering the abundant intelligence on the threat by IPOB.

He said that members of the group were free to attend the burial as individuals and sympathisers like other members of society.
The police chief, however, warned that the command would react, “if IPOB flag, insignia or any form of identification of the organisation if seen at the burial”. 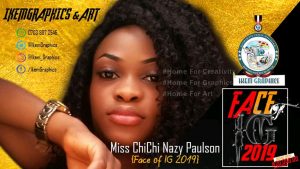