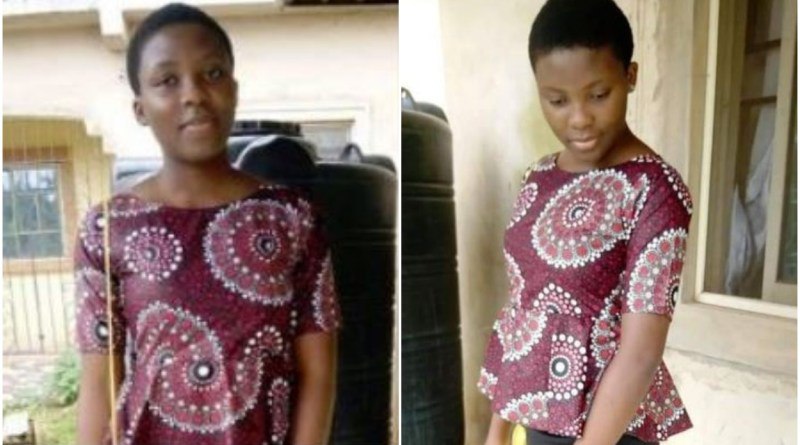 A teenage girl who went missing last week has been reportedly found chilling in a hotel room with two boys enjoying herself.

According to report a 17-year-old girl, Anyasodo Lemachi Genevieve left home without no trace but was later found in a hotel with two boys enjoying their self’s

It was gathered that the girl went missing after leaving her home on Thursday for part time skill acquisition.

According to Facebook user, Annastecia Mary Lyon, the girl was found in a hotel after having fun with two boys.

Lyon narrated how she was beaten and assaulted by the police who accused her of knowing where the young lady disappeared to.

She further added that her girls were also locked up by the police unjustly before the girl resurfaced after having good time with some boys in a hotel. 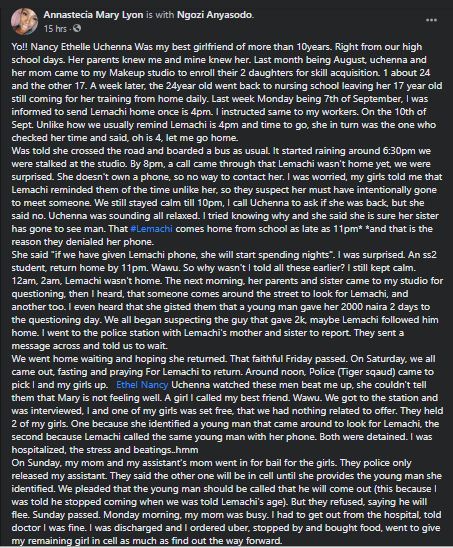 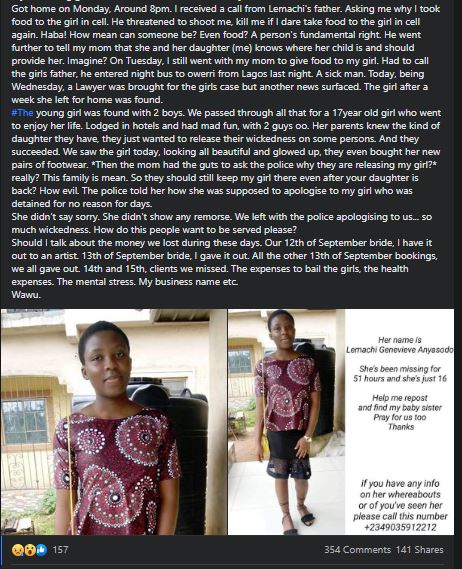 What is your thought on this, just drop your comments below.

Continue Reading
You may also like...
Related Topics:More Gist

Lady orders for meat pie, finds macaroni inside (Photos)
Kenyan woman confesses how she intentionally infecting many men with HIV