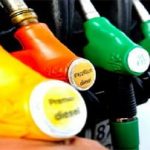 The Federal Government, through the Nigerian National Petroleum Corporation, NNPC, paid N43.09 billion as subsidy on Premium Motor Spirit, PMS, also known as petrol, in the month of January 2020, according to data obtained from the Petroleum Products Pricing Regulatory Agency, PPPRA.
The amount represented a decline of 22.47 percent when compared with the N55.58 billion paid in December 2019.
Figures from the PPPRA’s PMS Pricing Templates and Daily Truck-Out Reports for January 2020, put the average Expected Open Market Price, EOMP, of PMS at N171.27 per litre, meaning that at a regulated price of N145 per litre, the Federal Government paid an average of N26.27 per litre as subsidy on fuel in January as petrol subsidy cost drops to 22.5% funding.

In addition, the PPPRA reports stated that a total of 1.591 billion litres of petrol was supplied across Nigeria in 30 days out of the 31 days in the month under review, translating to an average daily PMS supply of 53.033 million litres.
The amount expended as subsidy on PMS in January represented 9.58 percent of the N306 billion budgeted for fuel subsidy in the 2020 budget of the Federal Government.

The EOMP of petrol is the price the commodity is expected to be sold to motorists if the government stops paying subsidy on the commodity. However, as at today, subsidy is borne by the NNPC on behalf of the federation.
The NNPC, which is currently the sole importer of PMS into the country, bears the cost of subsidizing the commodity and deducts the cost from earnings from its domestic sale of crude oil and gas, before making remittances to the Federation Account.