Reason Why Rema Is Disrespectful (after calling out on Mama G) 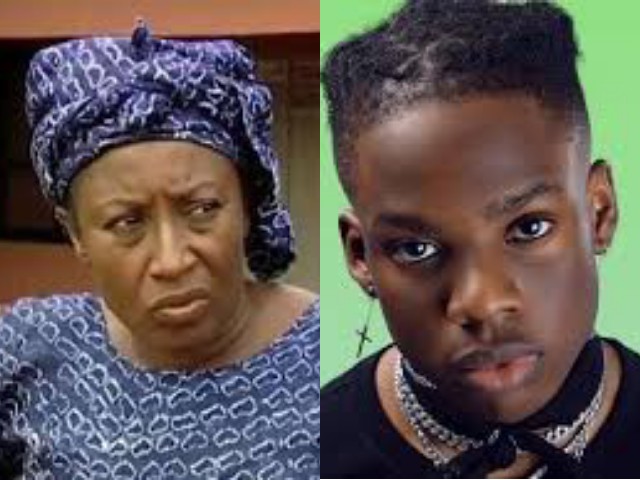 Nigeria super star and marvins little act Rema released a new hit single titled “Woman” yesterday and we Nigerians have been vibing to the song since Rema dropped it. After calling out on Nollywood actress Patience Ozokwor popularly known as Mama G. Here are reason why Rema is disrespectful by mentioning Mama G.

Well, that’s not the issue now. I have listened to the music too and it was a nice artwork BUT Rema made a very big mistake of disrespecting an elderly woman who we all know as Mama G

Why Rema was Disrespectful

How did Rema disrespect Mama G? I know that’s the silent question you’re asking right now. Here’s how he became disrespectful. In the first verse of his latest hit single titled “woman”, he said, “One wey dey do me witchy, witchy, She dey do like Patience Ozokwor” according to his lyrics there.

Just in case you don’t know, he’s directly or indirectly referring to Patience Ozokwor as a witch which is not a good thing. His fans dropped few reviews telling him what he did was totally wrong and he should learn to use words properly while some were saying it’s just music and nothing more.

To me, it’s not just music because we all know that when artists have clashed, they do abuse each other using music and the other party would surely know he’s being abused then he/she would decide if they’ll reply or not.

Well, we haven’t heard from Mama G on what she’s going to say about this but if she finds it annoying, trust me Rema is in big trouble because Mama G is a very well known and well respected Nollywood actress.

Please pray Mama G doesn’t find Rema’s statement annoying and if she does, pray for Rema.