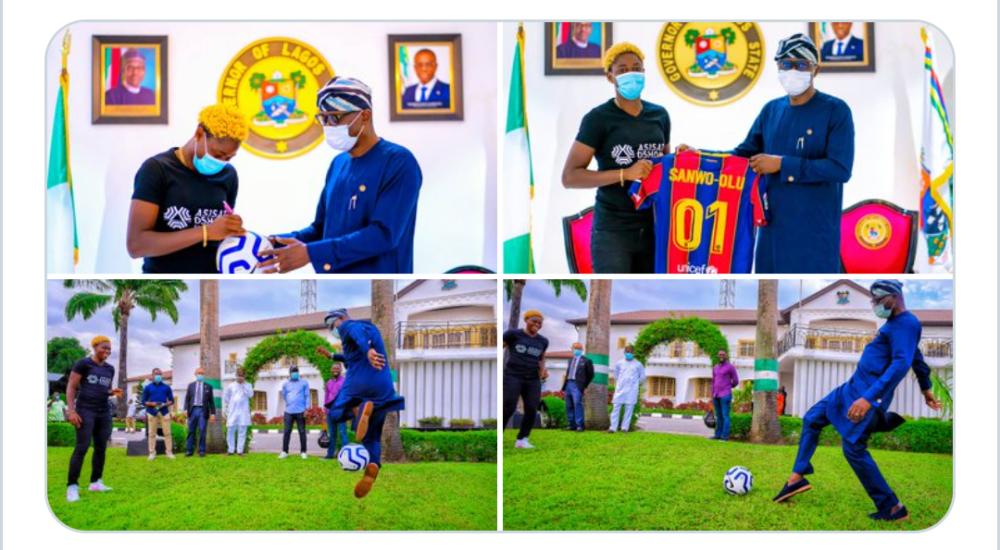 Lagos state governor Babajide Sanwo-Olu showed off his football skills in the presence of Barcelona superstar Asisat Oshoala and other dignitaries at the statehouse.

The 55-year-old politician was presented with two autographed gifts – one customised Barca jersey and a Nike ball. Sanwo-Olu then stunned the other dignitaries present during the courtesy visit as he joggled the ball with an overhead flick and he was delighted he has not lost touch.

Meanwhile, Asisat Oshoala will be hoping she can continue from where she stopped for Barcelona women after scoring 21 goals across competitions. She was also part of the Lluís Cortes’ team that won the women’s Spanish League title last campaign after football activities were halted in March owing to the outbreak of coronavirus.

The 25-year-old finished second on the league’s top scorer’s chart after scoring goals in 19 games – three goals shy of teammate Jennifer Hermoso who grabbed 23 before the season was canceled.