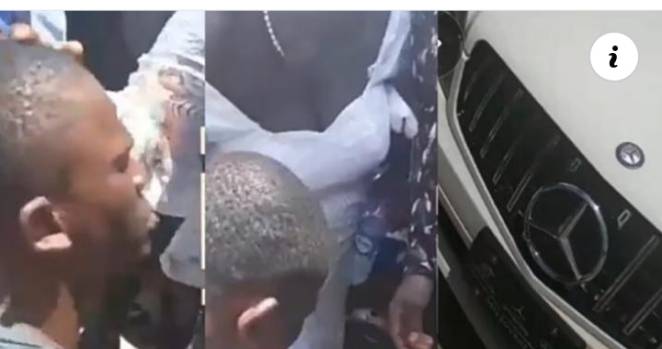 A video making the rounds on social media has captured the moment a Man Runs Mad After Coming Down From New white Benz In Anambra.

Also Watch: A video of nigerian who died while running from immigration officers

In the viral video, the young man could be seen acting really strange as eye witnesses gathered and sympathized with him over the strange occurrence.

According to reports, he allegedly came down from his 4matic Benz and started roaming about like a mad man.

The eyewitnesses could be seen, trying to make him explain his problem, but he kept on talking out of point. The incident reportedly happened in Anambra State, Nigeria.

Watch the video below;