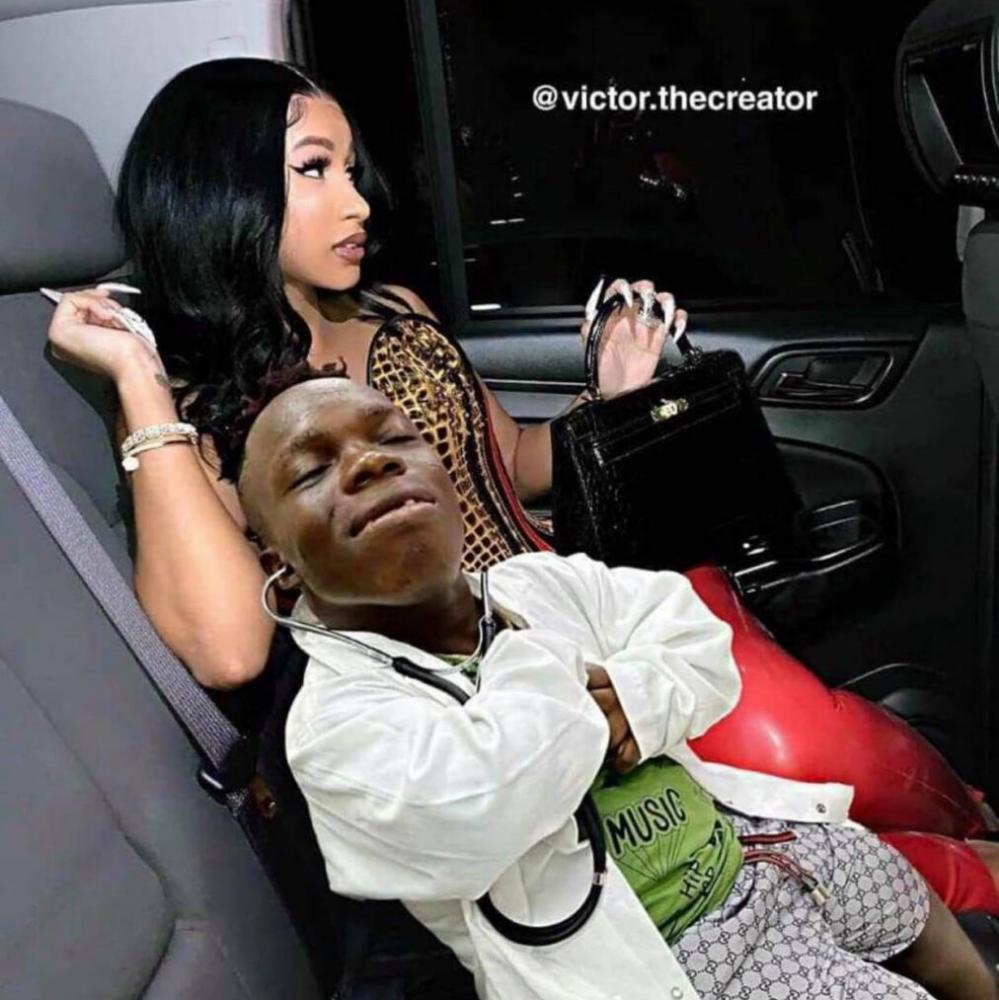 Young Rich Nigga, Shatta Bandle, has high hopes of dating American rapper Cardi B now that she’s leaving Offset, with whom she has a kid with.

Also read: Cardi B explains why she filed for divorce from offset

Bandle shared a photoshopped picture on Instagram that sees him lying comfortably on the sort body of the ‘WAP’ hitmaker.

“As cardi B is offsetting, Na so dem start Dey do me

. The person who did this is not going to heaven

Well, Bandle is the only man who’s short but having a tall pocket so dating an ‘expensive lady’ like Cardi won’t be a problem to him.

Cardi B has filed for divorce from her husband and fellow hip-hop star Offset, from the band Migos.

The New York rapper described their marriage as “irretrievably broken”.

The couple were wed in secret in 2017, and have a two-year-old daughter named Kulture.

Court records obtained by the PA news agency show that Cardi is asking for “primary physical custody” of the child, and wants Offset to contribute for “support and maintenance”.

Continue Reading
You may also like...
Related Topics:Cardi B