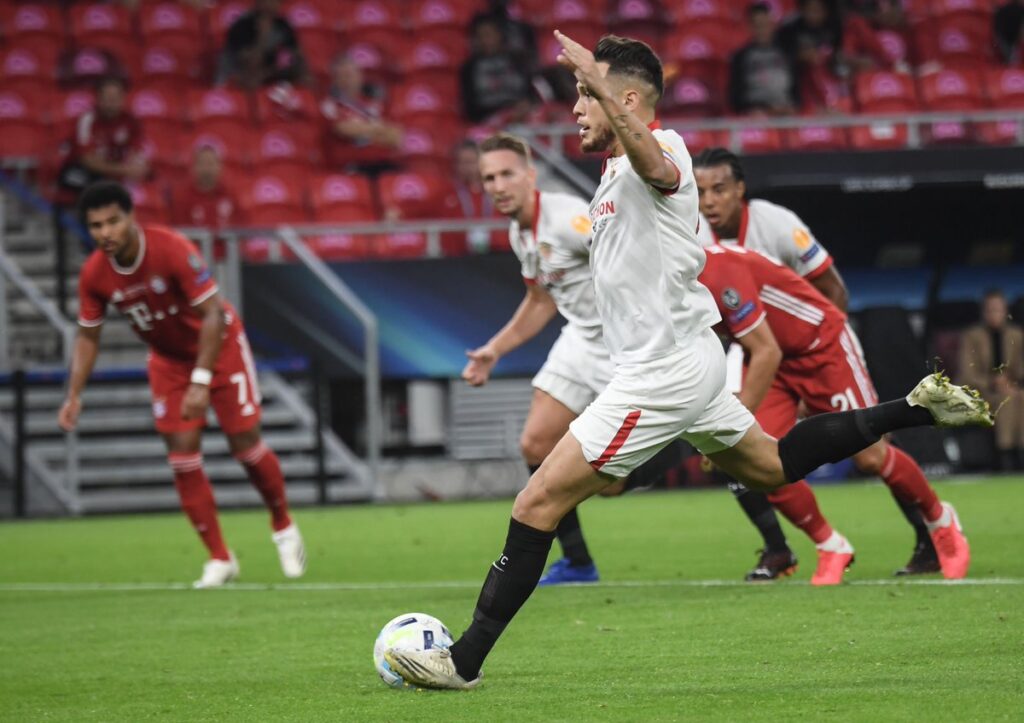 Bayern Munich lifts the Uefa Super Cup after beating Sevilla 2-1 with extra time thanks to a late goal from Martinez after Lewandowski goal was ruled out. Watch Bayern Munich 2-1 Sevilla full-time highlights here.

Bayern Munich was able to make it happen as Martinez finally scored and put his side ahead 2-1 in the 104th minutes.

Sevilla did everything possible to pull back in the game but it was already far gone for anything to happen.

The match ended Bayern Munich 2-1 Sevilla as the Bavarians lift the Uefa Super Cup with a narrow win after extra time.