Arsenal Head Coach Mikel Arteta was all smiles when he sat down for his virtual press conference after Saturday’s fantastic win over Manchester City – and his old friend Pep Guardiola. 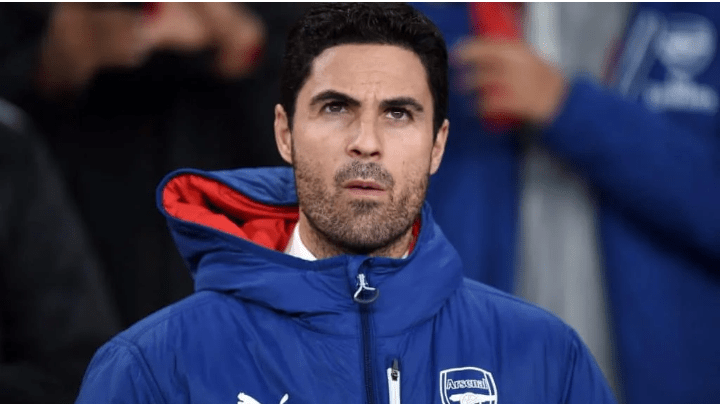 Our head coach was asked about a memorable week for the club, experiencing Wembley without fans, the post-match celebrations… and, as usual, the future of Pierre-Emerick Aubameyang.

Read on for some of the key quotes:

on trusting the process…
Yes, we are really happy for what happened in the last four or five days, to beat probably the best two teams in Europe is not an easy thing to do.

A lot of credit goes to the players for what they are doing and the performances and the level of fight and decision-making they are showing on the pitch.

on if the experience of Wembley is different without fans…
Yes, one of the best things about Wembley is the atmosphere before the game, during the game and all of the protocols that are in place on the day, but we didn’t have them. Obviously we miss our fans a lot, we wanted to have a beautiful day with them but I’m sure they will have enjoyed that from home.

Listen, we have had a lot of conversations and we always agreed with the plan that we have in place, and the current vision is very clear. It’s about the possibilities that we are going to have and at the moment we have some uncertainties.

The way we finish the season, if we are in Europe or we win it [the FA Cup], it will obviously help because financially we will be stronger and that’s why we have to be a little bit patient.

Arsenal celebrations in the dressing room after City Win

They are so happy because we had a big task in front of us today against such a big team and we’ve done it, so they are really proud. The chemistry we are generating between them is fantastic and the way they are fighting for each other too. At the moment I have the feeling that I can play any of those players and they are going to respond and they are going to perform. We changed a few players from when we played on Wednesday and when we played today, and look at the way that they are performing.