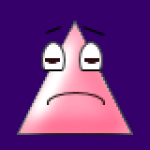 Several fierce critics have contacted me to complain about the fact that the complex (comprising 13-storey twin towers and a four-storey ancillary building) has yet to be furnished despite the whopping N16 billion that has already been spent on it to date. Aspersions have been cast. Queries relating to value-for-money issues abound. But let’s not ungraciously nitpick about the cost of elegant edifices that have beautified a previously rundown segment of my state capital!

Let’s just thank President Muhammadu Buhari for providing Akpabio with staunch support that enabled him to finally complete a construction project that was a constantly delayed work-in-progress for 24 years. Let’s just be glad that NDDC has, at long last, after decades of squatting in a depressingly dingy property that it didn’t own, acquired an impressive permanent home.

As Mr. President said in the address he delivered (virtually) at the commissioning ceremony: “Today we are handing over to the people of Niger Delta a befitting Head Office Complex for present and future use. Consequently, huge yearly rentals (N300 million) would now be saved and deployed to other areas of needs in the Region…”

OK, so once the furniture has been put in place – a process one assumes will be quickly concluded – NDDC staff will have a glittering, comfortable and enviable workspace that reflects the importance of NDDC, which many consider to be a jewel in the government’s crown.

But there is more to the life of a premiere league intervention agency in an unfairly impoverished geopolitical zone than the acquisition of cosy, aesthetically pleasing professional environments.

NDDC may be a jewel in the sense that it is a flagship organisation that gets tonnes of cash and has an immensely important brief. But as jewels go, it is extremely tarnished. And the bottom line is that there is a huge difference between practice and theory.

So let us please fervently pray that NDDC staff receive the kind of ethical and inspirational leadership from their Minister and CEO (Mr. Effiong Akwa) that will encourage them to maximise their potential as individuals and to do a great job for the suffering indigenes of polluted, penurious oil-producing areas they are supposed to serve.

Akpabio was a dynamic and massively productive Governor of Akwa Ibom State in his heyday, when he charmed most of his constituents and transformed Uyo from a glorified village into a proper city. Mr. Akwa, who has been the Acting Sole Administrator of NDDC since December, is a highly accomplished, meticulous, down-to-earth lawyer and accountant.

Both men clearly have what it takes, intellectually, to become great visionaries and drivers of change. But, sadly, very few of the Niger Deltans to whom I have recently spoken share my faith in them. Frankly, they are seen by many as disappointing. NDDC is riddled with loopholes that favour nobody except those who work there, those who run the show and those who are their favourite cronies.

Allegations of budget, procurement and execution fraud are rife and and frequently find their way to the pages of newspapers and online publications. Akpabio and Akwa are also regularly accused of ruthless disregard for the wellbeing of ordinary Niger Deltans and legitimate commercial stakeholders.

According to an NDDC contractor who spoke to me but wishes to remain anonymous because he has been owed N140 million for five years and will definitely not be paid if he is publicly identified as an “enemy” of the NDDC Big Boys, bureaucrats as well as politicos:

“It is public record that over a hundred and fifty billion naira has been spent by the various Interim Management arrangements at the NDDC since November 2019. During this time not one single project has been commissioned. Meanwhile hundreds of contractors are being owed over two hundred billion naira, some from 10 years ago.

“…Who then are the contractors that are being paid by the Interim Management? Could they be the owners of the infamous and illegal emergency contracts which were not authorised by any authority outside NDDC management, which did not go through Procurement processes, whose pricing is x3 of normal contracts, and which are delivered in a matter of weeks compared to normal contracts that can take 18 months to deliver?…

“…These contracts should be investigated by the so-called forensic audit that is supposedly ongoing; and management should stop payment on emergency contracts until normal contractors are paid…

“…The impact of this emergency policy is that hundreds of viable projects that truly address the needs of the people are not completed. Some are at 80 per cent or more complete, but have not been funded. Take for instance the Ogbia-Nembe road…”

Akpabio has, to his credit, promised to complete key stretches of the controversial East-West road (which has been languishing on the drawing board since 2006) by early 2022.

I don’t doubt that Akpabio will achieve this laudable objective. But Niger Deltans need him to do more! We need him to clean up NDDC’s act and do for the entire Niger Delta what he did for Akwa Ibom.

The Social Contract is an actual or hypothetical agreement, between the ruled and their rulers, defining the rights and duties of each.

Those who enjoy power should also fulfil moral and practical obligations. It should be a criminal offence to refuse to pay contractors who have done their bit and have even borrowed money to do their bit. People should not have to beg like hungry desperate dogs for money they deserve, while fat cats who don’t deserve a dime jump to the front of the queue.

I am appealing to Akpabio and Akwa to be aware that some NDDC contractors have died destitute. Nigerians are tired of being shortchanged by Ogas At The Top.

The post What next, sir? appeared first on Vanguard News.