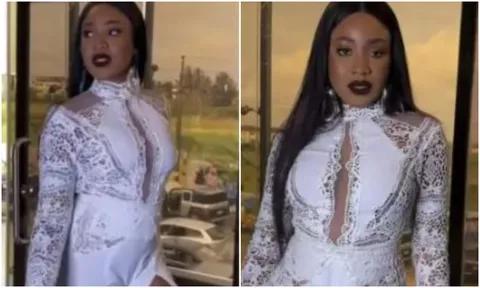 BBNaija Erica was the only housemate who was not present at the Finale Saturday party despite dressing for it.

Kemi Filani News recalls that, Erica was disqualified from the show and as speculated, all disqualified house mate are barred from participating in any activities pertaining the show.

Also See: First photos of Erica after her disqualification

In the last BBNaija edition, disqualified housemate Tacha was not invited to attend the last Saturday party, however, she was invited for the reunion show which she was obligated to attend.

While Erica did not attend the party, she shared a video of her outfit for her fans who wanted to see what she could have looked like if she had attended the party.