Topples Brazilian winger Willian enjoyed a dance as he celebrated shining on his Arsenal debut.

The Brazilian winger, 32, was filmed by team-mate Pierre-Emerick Aubameyang cutting shapes in the away dressing room at Fulham.

Watch the Video below ⬇️

Gunners skipper Aubameyang started the Instagram video with himself and Alexandre Lacazette.

The giggling Gabon star cheered the Frenchman on as he pulled out some moves.

But then debutant Willian came through the door and the camera quickly turned to him, even though he seemed to have just got out the shower with an Arsenal towel wrapped around.

Not one to shy away on the big stage, though, Willian delivered with nice dancing step, just as he did on the pitch at Craven Cottage with all three assists. 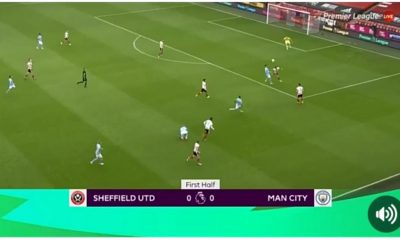